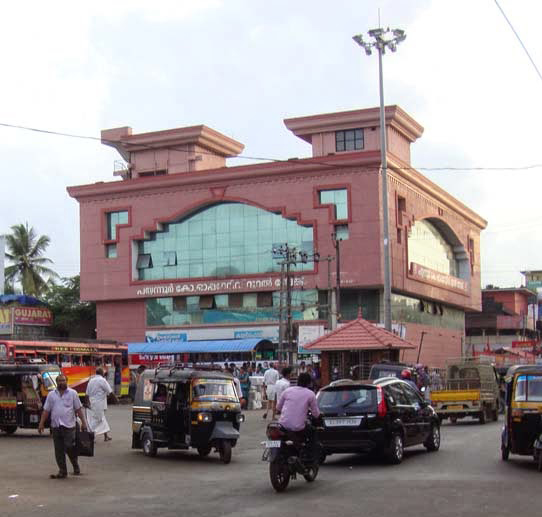 The Payyanur Co-operative Rural Bank Ltd.(The first Super grade Bank of Kannur District) is the leading Co-operative financial institution in Payyanur, the cultural hub of north Kerala. It has played a major role in the social and economic development of Payyanur since 1956. The Bank celebrated its Golden Jubilee in 2008, with a turnover of 352 Crores. The Payyanur Co-operative Rural Bank Ltd. has 16 Branches and 1 ATM with more than 18307 "A" class members, 200119 "B" class members and 48911 "D" class members. Now the investment has been reached more than 352 crores.

By an amendment in Bye law in 16.02.1956 the PCC Society is registered as rural Bank The first branch of Rural Bank was started in Karivellur and now the bank has 16 Branches with all modern amenities. K.Krishnan Master(Karivellur Samara Senani) was the founder president of Bank.The financial Management and control by the Presidents from K.Krishnan Master to P.V.Kunhappan and Secretaries from P.Kelappan Nambiar to K.C.Rajan made this bank devoloped to a great success.

The Head Office and the Main Branch of the Bank is operating on heart of Payyanur Town The Bank was fully computerized We currently have a network of Eighteen (18) branches located around Payyanur. The Bank has maintained an impeccable record of uninterrupted profits and payment of dividend since its inception.

In addition, Two Neethi Medical Stores has been started under the control of Payyanur Co-operative Bank for providing medicines among the people in the rural area.Normally Giving a discount of 20% to the public.

An Electrical,Plumping and Sanitary shop is also running under the Payyanur Co-operative Bank.